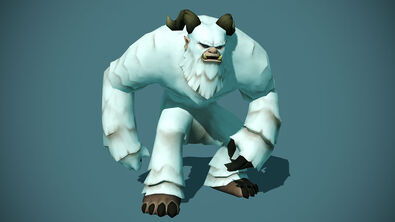 Animal fat- drops from both

The Yeti and Sasquatch are two Animals in Hurtworld that share similar characteristics.

Currently the most powerful animal in the game in its current stage is the Yeti and Sasquatch. They are large tough creatures that when aggravated will claw at the player, dealing large amounts of damage.

An effective way of killing the Yeti/Sasquatch is to have one player bait the creature while the other shoots it after initially gaining its attention by attacking from a distance.

It is recommended that you wait to take on a Yeti, as they can deal much more damage per hit than Sasquatchs. Both Sasquatches and Yetis appear to have the same amount of health.

An easy way to defeat them early game is to find a rock/platform that they cannot get up to and just use a Recurve Bow.